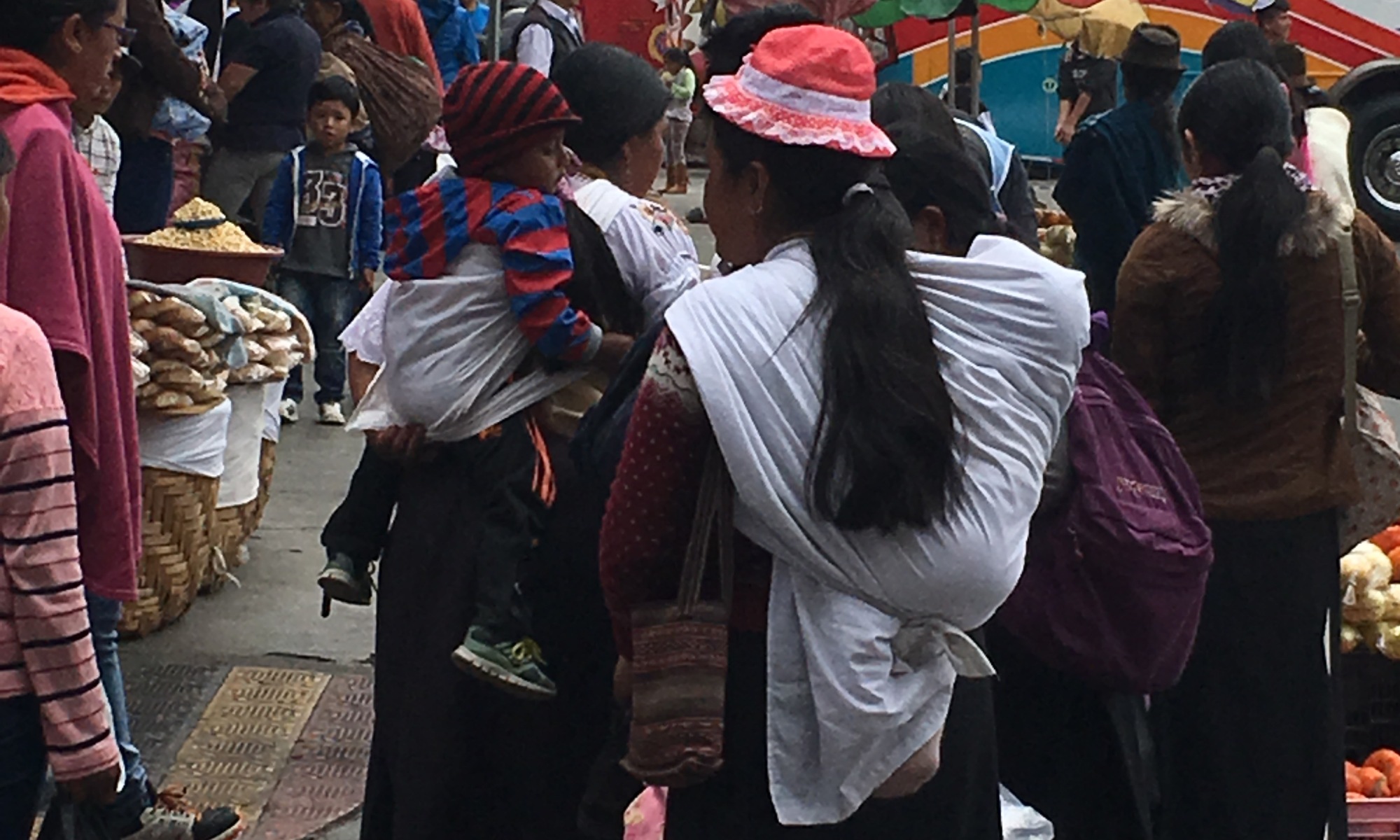 I started off with a good breakfast at the hostel and then found my way to the bus station. I’m wasn’t exactly sure where I would end up, but I was headed north for 25 cents.

That ride only lasted 20 mins and I arrived at a bigger bus station. After a couple of long lines I got bus ticket to Otavalo and was lucky to get a spot on the high seat in the back with 6 others. Comfy! 2 hours later we ended up at the Otavalo bus station and that began my journey to the Flying Donkey Hostel. I figured I tried the Funky Monkey in Laos, so why not? It’s cool! Friendly folks and super fun furniture and art! 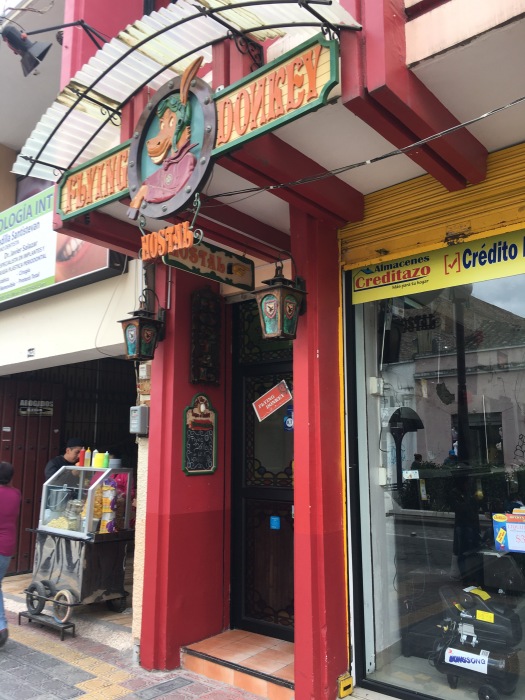 After a few minutes at the Hostel I decided to check out the market! I had no idea what I was in for, but it was massive! I finally had to take a break from the madness so I escaped into a little restaurant for a beer and one of the most amazing burritos I have ever had!! Yay!!

Now that I was re-energized, I went for a hike up the hill to some strange building with a birds eye view of the city! 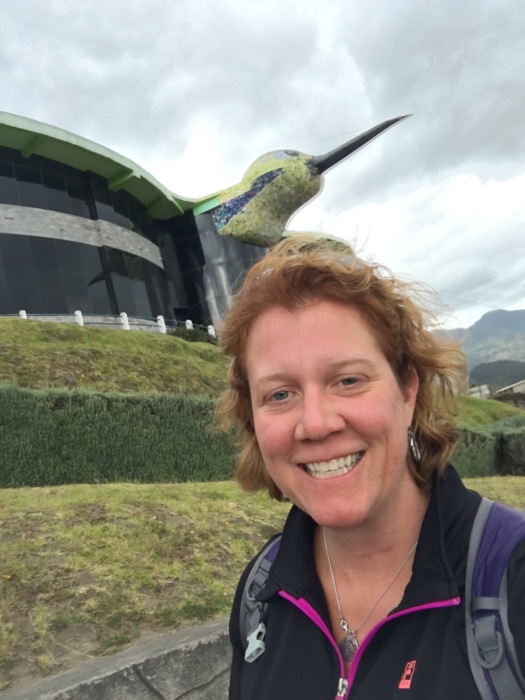 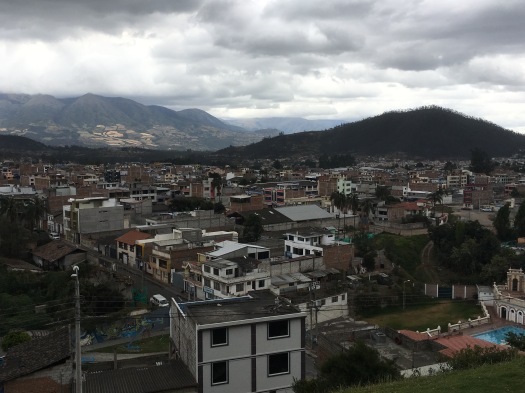 And then just a walk for some random pics….I love cool doors and cool dogs! 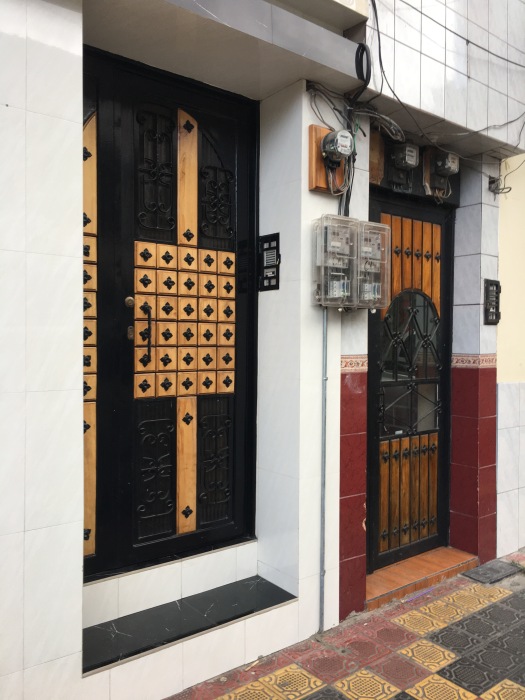