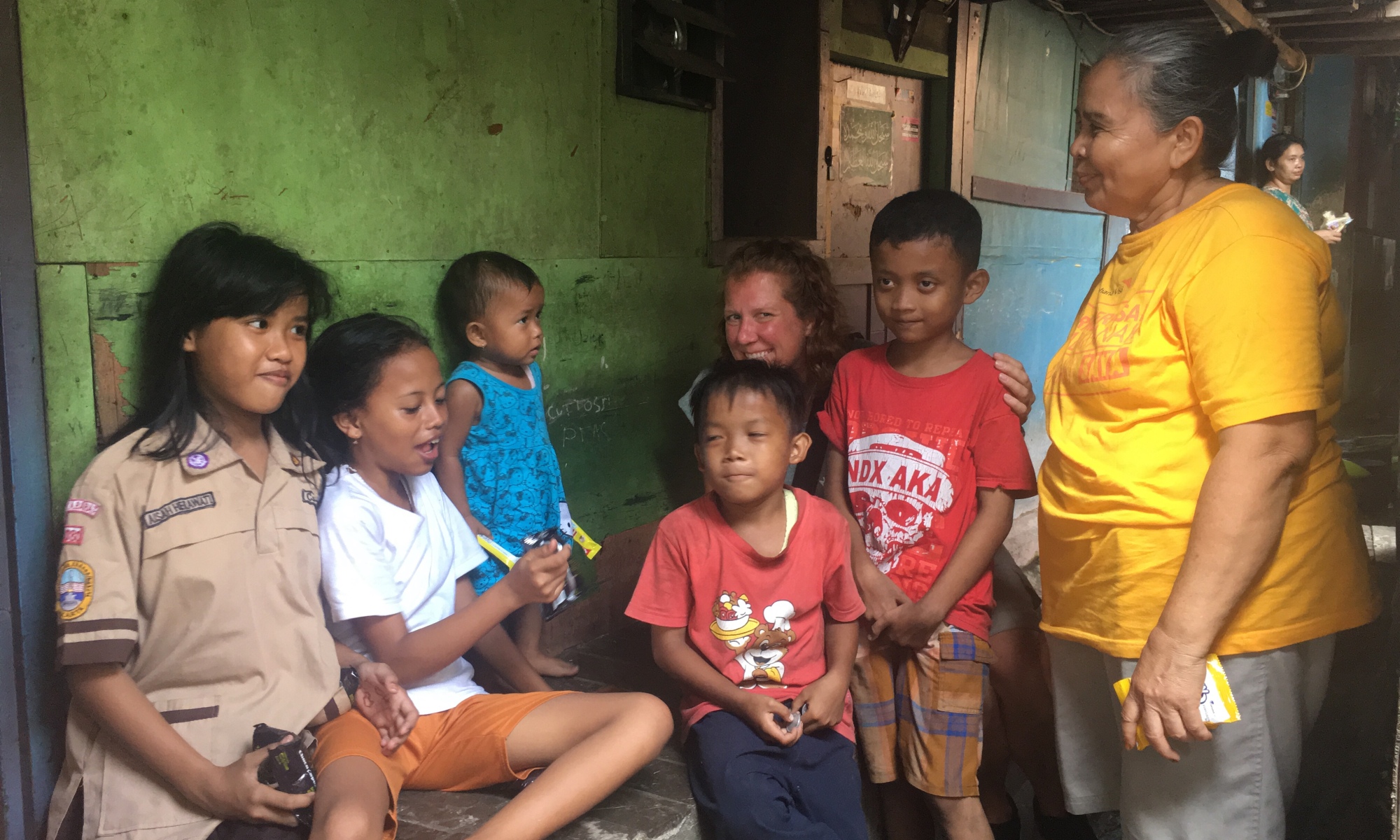 Wow! 10.2 million people and lots going on! Sorry in advance, this will be a long one!

My first day, I began with a sunrise walk up to the National Monument and Park. It is a huge, clean, beautiful park with no traffic! A beautiful oasis in the middle of a lot of chaos! Next, I came across the breathtaking Jakarta Cathedral, met some new friends along the way..(this is where I first learned people here are obsessed with putting their heads on westerners boobs….???😆…it keeps happening with both men and women…) I guess this is amusing…. ?!? And on my way back I found the redemption statue and then brought it home with a Grab Bike to get ready for my afternoon. 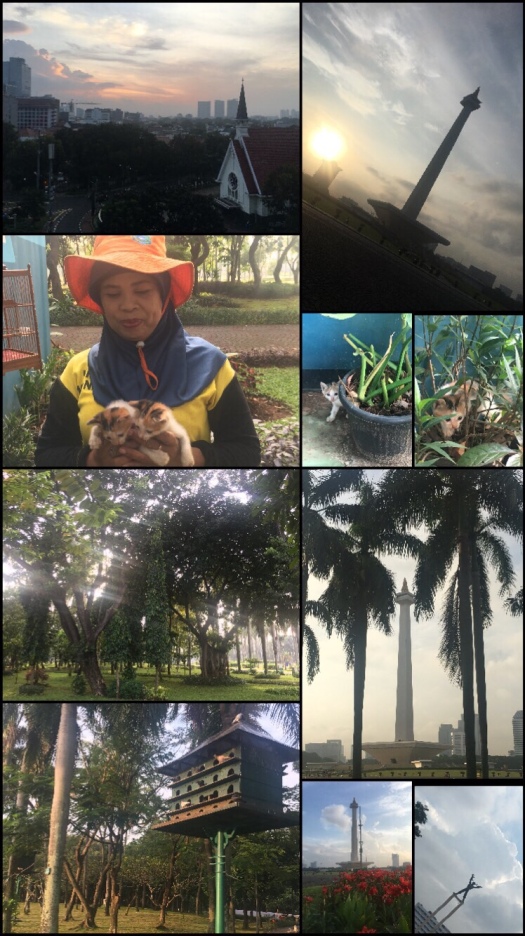 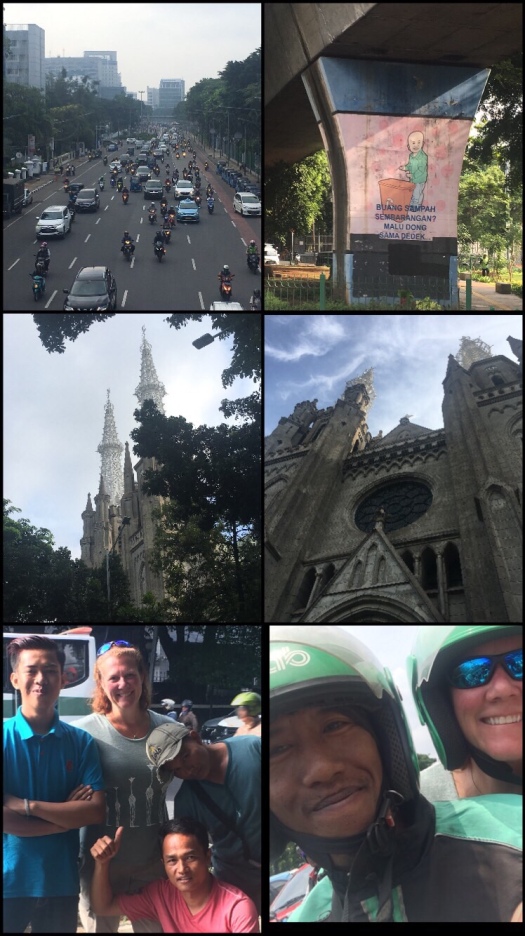 I dove right in to get a glimpse of the real culture by setting up a hidden tour with a local couple, Ronnie and Anneke, along with their friend Lily who is from a government demolished slum.

I took a Grab Bike and met them across town in the Old Jakarta Square. It has several old buildings from the Dutch era that are now museums and a great bike project that encourages pollution free fun! 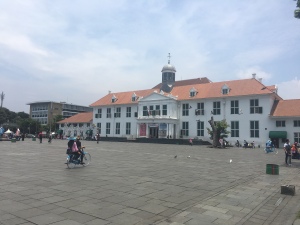 From the square, we headed out taking public transportation into several of the many slum areas and a homeless camp to get a glimpse at how millions are living in severe poverty. It was truly eye-opening and humbling.

First, we climbed down under streets and railroad tracks, walking through tunnels to see the many apartments where large families live in 40-50 SF or less rooms. In addition to rent, they then have to pay for using the totally inadequate public toilets which is very difficult with rent alone costing $300,000 Rupiah/month (about $21), a lot when you are only able to sell small food and goods on the street. The amazing part which continued all day was how kind the people were welcoming me in with smiles and open arms. 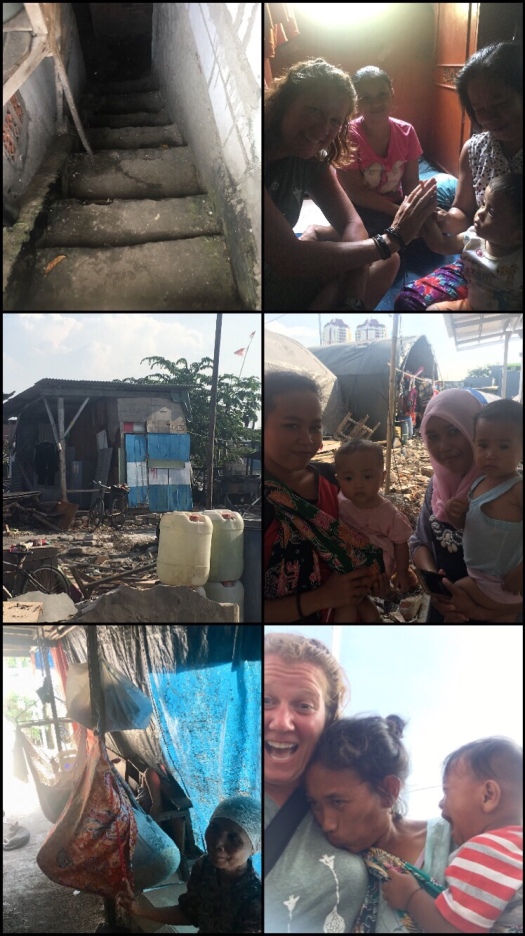 See, the boob thing again…this time I even got lots of kisses!

Next we visited a homeless camp under a bridge where the lucky folks had a few pieces of cardboard or a mat to sleep on and maybe and old cabinet or dresser to keep their belongings in. We spoke with a man here that just wanted to help the kids and spends his days making them kites out of small sticks, paper and string which they were having a blast flying! Precious! 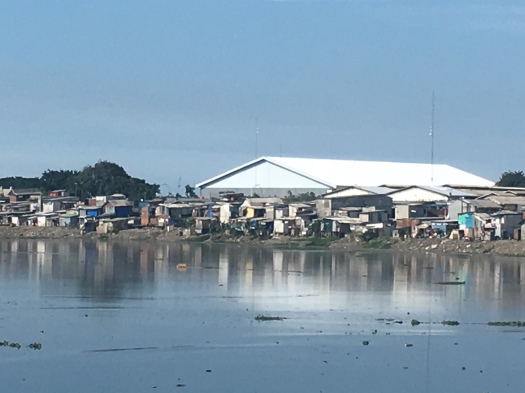 We then moved on to see some areas around the lake, stopping at Lily’s old fishing village where she used to have a photo shop. The government destroyed it with promises to provide better housing, but instead has destroyed thousands of people’s livelihood and only built temporary shelters made of 1” x 2” light gauge metal studs and 1/8” plywood for a small fraction of the people..not to mention the bathrooms still aren’t done. This has left so many in makeshift tents amidst the rubble. The truly amazing part…they all greeted me with smiles and are all working hard to get an education for their kids, especially in other languages! The kids gathered and sang me Brother John in six languages!! Amazing! 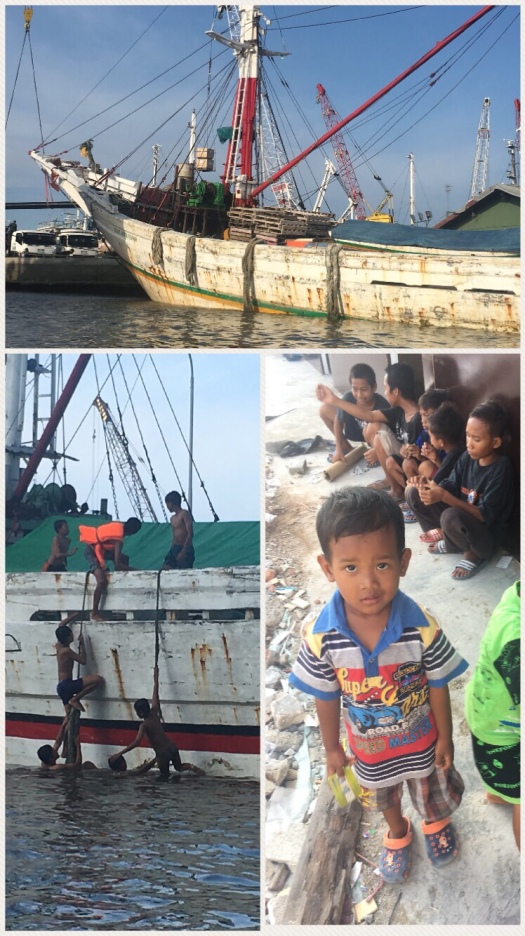 Later, we were able to take a few of the kids on a boat ride to see the old cargo port and the boats being loaded. I was floored that the boats still sail to other countries on multiple day journeys! 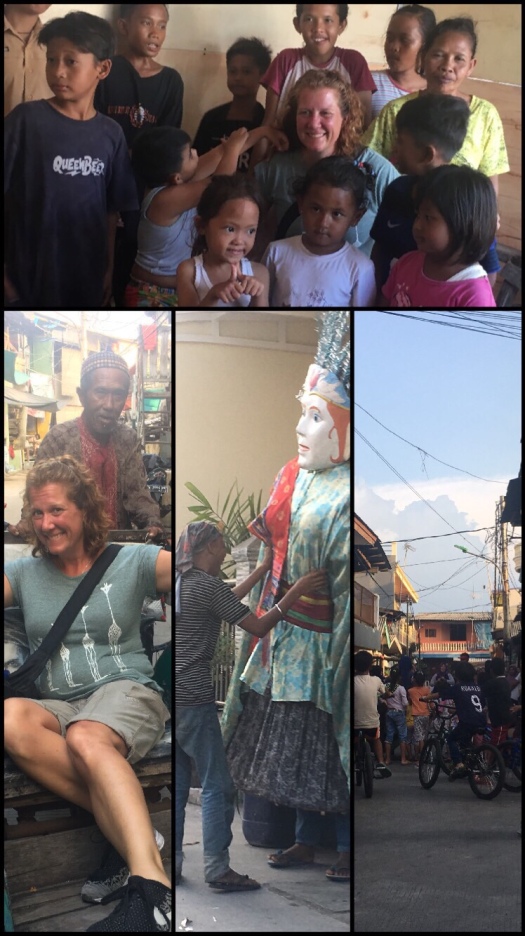 At the end of the day, a bicycle rickshaw ride through the village and a tuk tuk back to the square where I took many selfies to satisfy requests and was serenaded by the worst Elvis singer ever as the sun went down. Last, a Grab Bike back in some light rain through a traffic jam! A day I will never forget!! 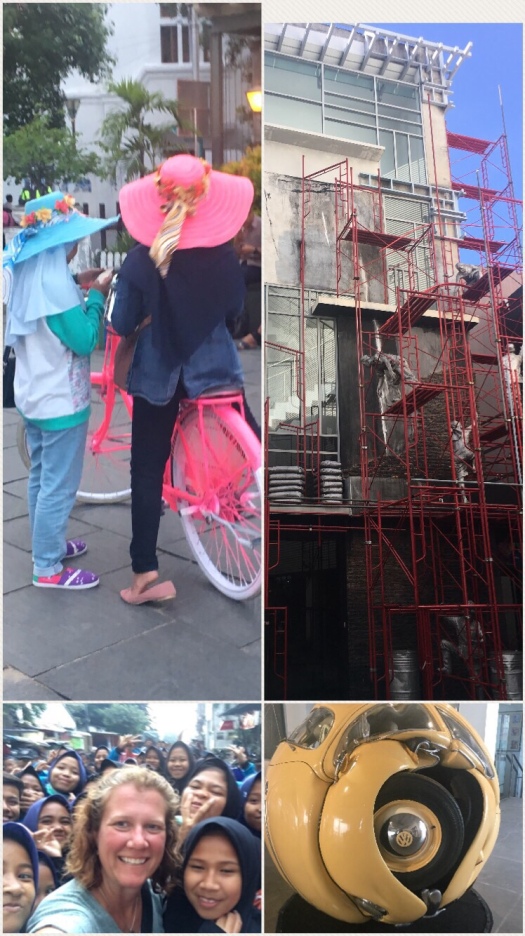 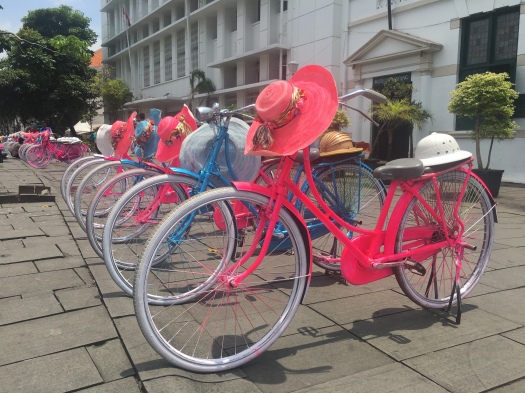 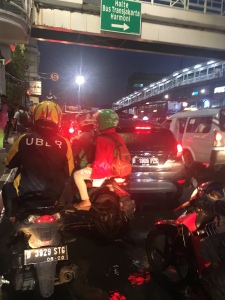 And, for my last full day before moving on to Bali for more relaxation, yoga, and meditation, I went for a run in the park around the National Monument, then Grabbed to the flea market and the new art museum. 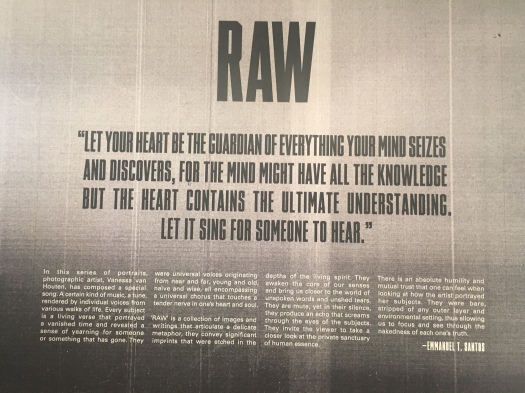 One Reply to “Humbled by Jakarta!”