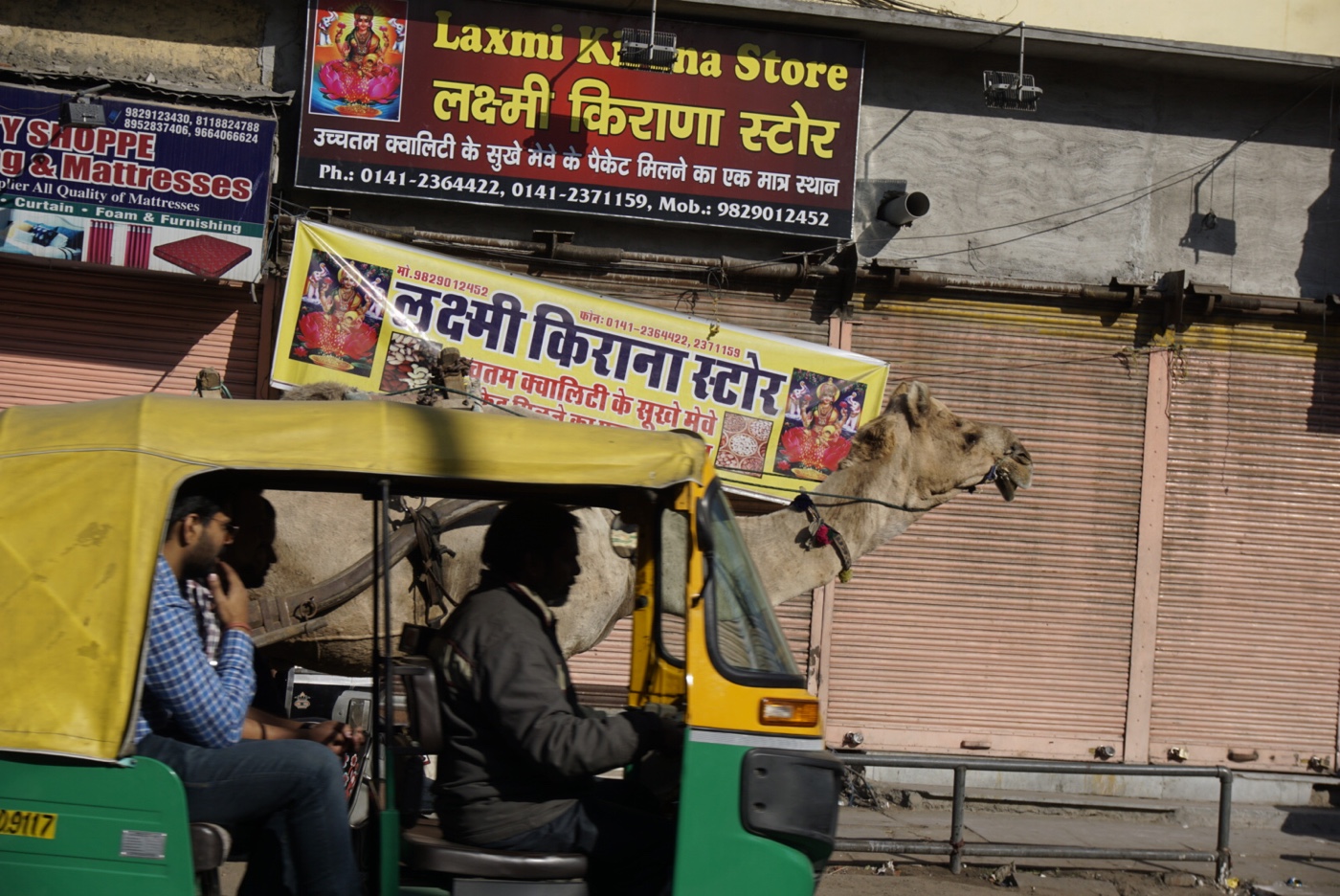 After a 5-1/2 hour drive we arrived in Jaipur. We were expecting a bit of a slower pace, but found a lot of the same hectic scene. There are only 3.5 million people instead of 18 million as in Delhi, but being a smaller city, it doesn’t seem much different.

There are definitely lots of BIG sights to see and we got a preview as we headed into town.

Along the way, we have had some funny, or at least notable moments we thought we should share. We hope you get a few good laughs with us……!!!!

⁃ I went to use the bathroom at one of the sights. There were a couple of Indian women in line ahead of me. When I looked at the stalls it looked like a couple of them were empty. I pointed towards the doors asking the women if they wanted to use them. One of them walked over, pushed the door open, looked confused, and walked back out. After a couple more minutes I decided to try myself. Everything was just fine…..it was a Western toilet! They were waiting or the Eastern squatters! 😆😆😆!

⁃ Later in the day, I’d been eying some leather flip flops they were selling at the bazaar. I finally decided to look and see if I could buy some. As I’ve done in other countries, I explained I needed a very large size. They assured me they had “very big, no problem!” As usual, the largest pair was about an inch too short. They couldn’t believe it, but got a good laugh when I told them I was like Godzilla! 😆😆

The second day in Jaipur we started with a walk through town. Some of the construction practices still amaze me. After the surprise of seeing a camel hauling a load of bricks down the highway, we came across this guy loading them on his head to take them upstairs for the facade. And then, gotta love the burley bamboo scaffolding!! It is so cool they still use it even for the new, larger buildings!

Later, we saw the Amber Fort and the Water Palace before diving into the Pink City to see the town attractions (Jantar Mantar, the world’s largest stone sun dial, City Palace, Hawa Mahal Palace of the Winds, and more…), and try some more local street food.

And, of course, there is the tourist stuff which also amazes me. It is hard to believe they are still hauling folks around on these beautiful elephants. It seems so wrong and shocking that people pay to torture these gentle giants.

There is so much to see here, it is very overwhelming!! So, with that, I will leave you with a few more photos since I’m a bit lost for words! 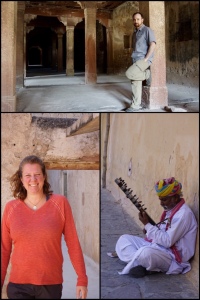 4 Replies to “Into the Golden Triangle…Jaipur”