I spent the last week on Boracay Island with my friend Adrienne. With plans to take kitesurfing lessons, we booked a bungalow on Bulabog Beach where it all happens. We landed just after the season so we had to be patient with the wind, but we got lucky and it picked up enough to allow us three days on the water…or actually more in the water😆! 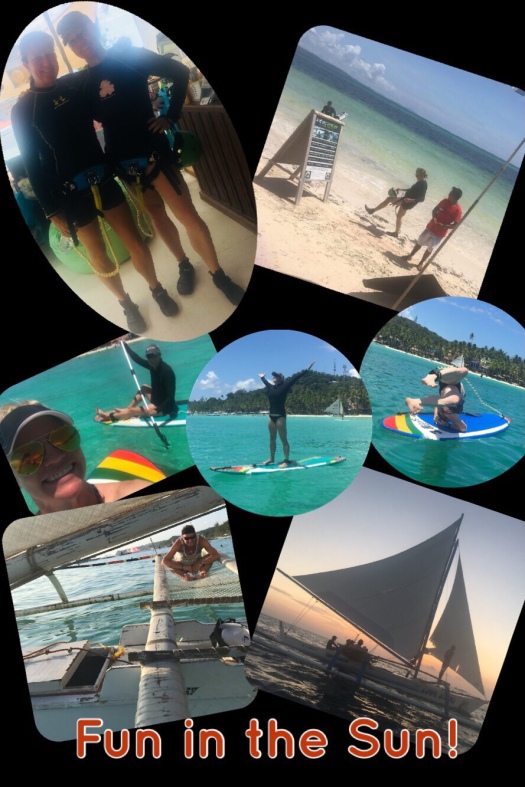 Just a little walk or motorbike ride across the island, we also spent quite a bit of time on White Beach where we did some SUP, hung on the beach, watched some beautiful sunsets, had some drinks, saw some cool sandcastle construction, did some dancing and on the last night, took a sunset sailboat cruise. 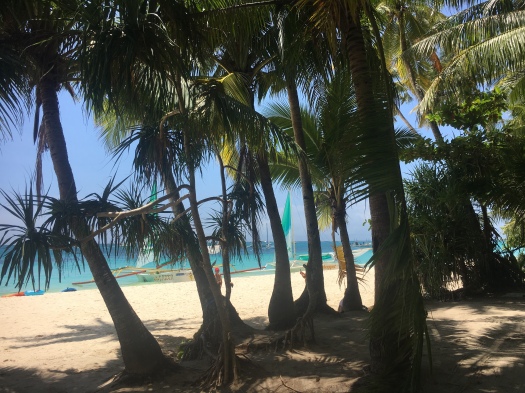 It was a relaxing week filled with lots of laughs and good times!! Unfortunately the government will be closing the island later this month for six months for what they say is an environmental cleanup. This does need to be done to protect the nature, but we also found out the real story.

They made a deal with China to build a large casino and revamp all of the infrastructure to accommodate the additional tourists. The closing was finalized while we were there and the locals aren’t getting much information on what will happen with their schools, homes, businesses, etc., causing a lot of stress and uncertainty. It was sad to see and amazing how well they are handling the situation!

So, with that, we said goodbye to Boracay as it exists today and will continue to send positive vibes that it turns out well for the local people! 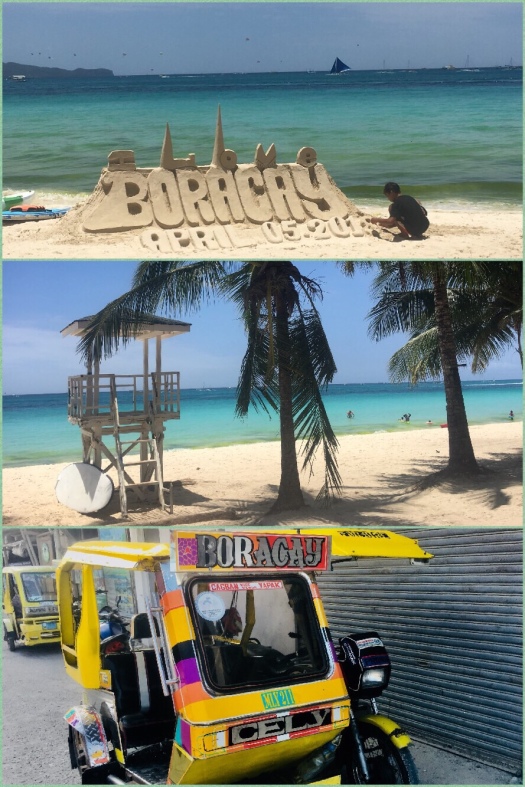 After leaving, I flew back to Manila for a night and a long day before I could travel back to Cambodia for a final week at another yoga retreat! I happened to be there on a Saturday, so I found a super cool Saturday market that had all sorts of fun international foods. After sampling all kinds of fun treats, I settled on a delicious freshly grilled and stuffed Bangus fish! Yum!! 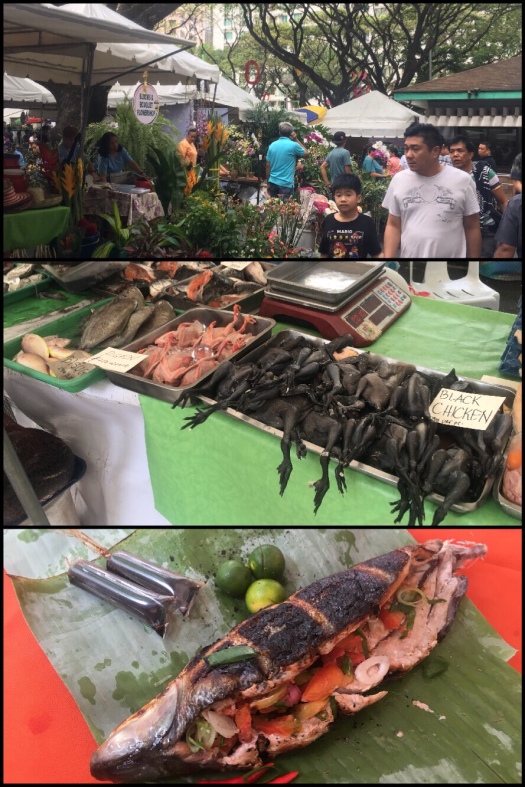 Until next time, HUGS!!