Wow! Yesterday was an amazing day! I started with some pork fried rice and then headed out to hang with the elephants. On the way, we stopped at the PooPoo Paper Park to learn about making paper out of elephant poo.

Next, we journeyed to the park where they take in retired work elephants and raise younger elephants to live a safe, relaxing life. We walked with them, fed them, let them play and scratch against the trees and then took them to eat some more….and some more..as they explained, elephants are true eating machines!

After all the fun, we took them for a bath and ended up in a huge water fight. It was so funny! The young one played just like a little kid would play in the water. She would let me splash her a few times while she was crouched down, then she would curl her trunk, raise her head and hit the water to splash me back. Later she rolled around splashing as I tried to scrub her down (by the way, washing an elephant takes about the same approach as people say you should eat one…one scrub at a time!) It was such a hoot, but very clear who had the advantage! 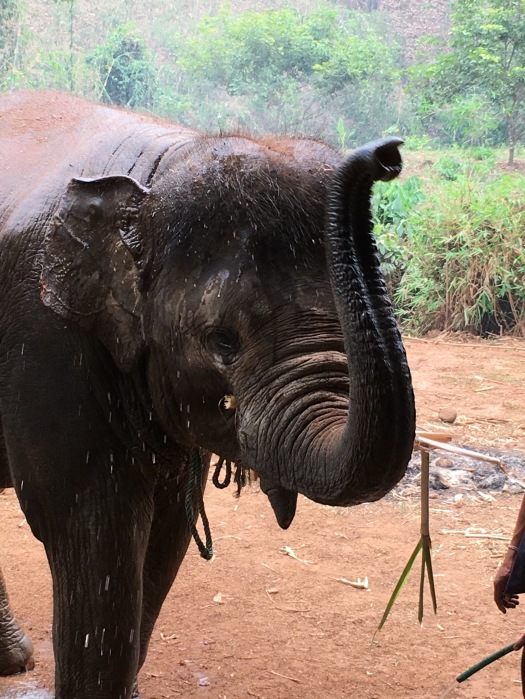 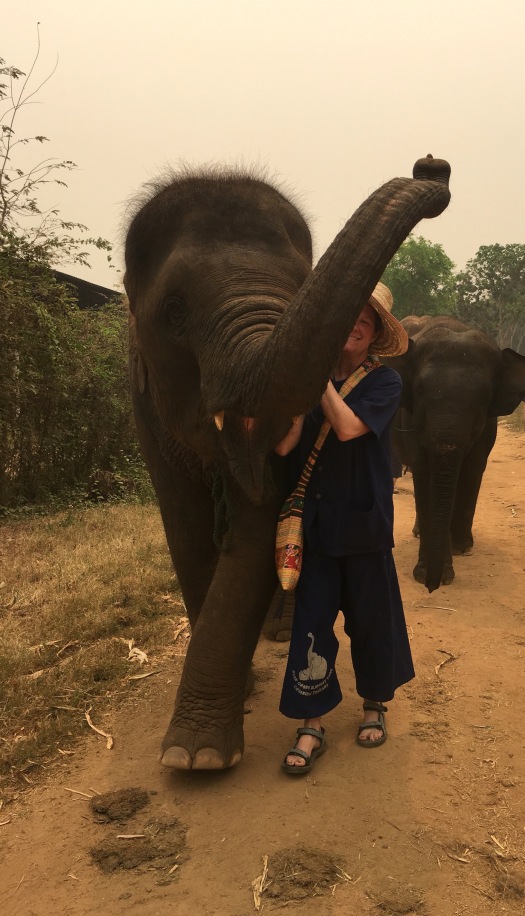 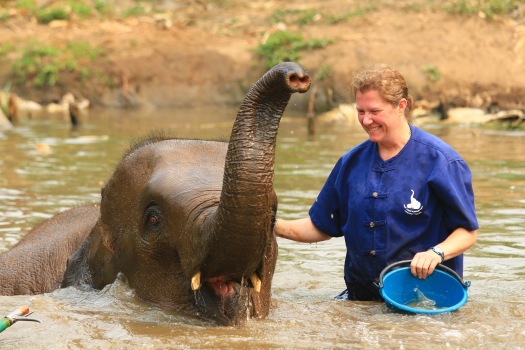 After all of the excitement, I ended the evening at the night market which was a treat too. It went on for kilometers and kilometers with food, clothes and all kinds of interesting stuff!!!

2 Replies to “Water Fight With an Elephant ”