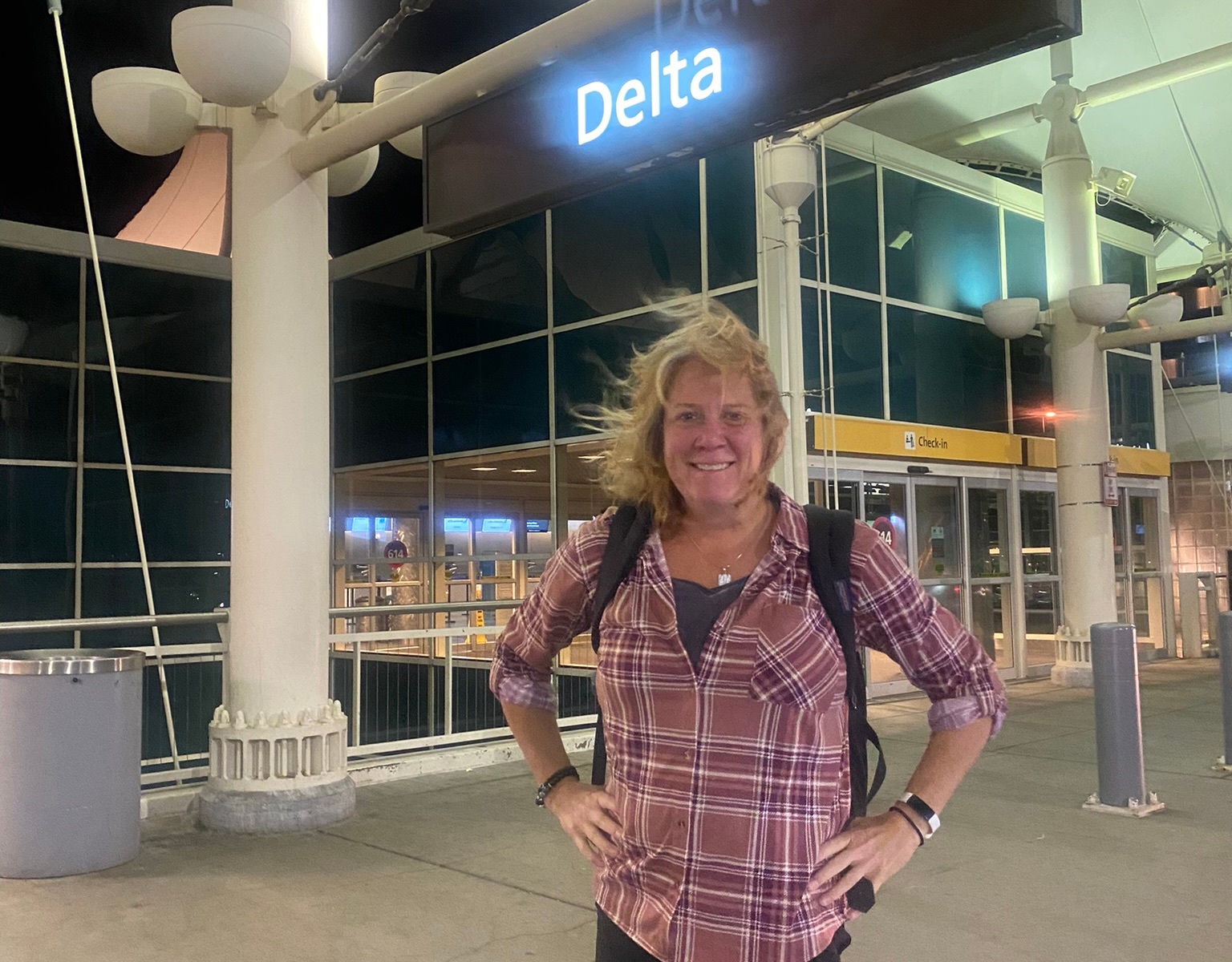 I left the Colorado on Tuesday morning at 6:30 AM and arrived at my hotel in Bangkok at 1:00 AM on Wednesday. It was a long haul, but always so worth it! I had a quick layover in Minneapolis, then another in Seoul. I had never been through Seoul before and found the airport to be pretty interesting! I had a long walk to a different terminal, then another security checkpoint. All went well. I walked around for about an hour checking out the fancy shops, etc, and then made a quick stop at a currency exchange see the rates for Thailand. When I turned around, a female security guard approached me and asked if I had a knife and if she could check my bag again. I was a bit confused to say the least, but agreed. She looked through a couple of pockets and asked if maybe I had a big bag of coins….uh, no. Suddenly, she seemed nervous, took off her gloves, dropping one on the floor, and said okay as she picked up her glove an hurried away back into the security area. I have no idea what that was about, but I think she realized she had the wrong person??

A couple of other fun things: the airport has many robots cruising around with information screens and delivery compartments. You can scan a QR code and order food to be delivered to your gate….there is even a Taco Bell with a kimchi beer pack! Fun stuff!

After another 6-hour flight I finally made it to Bangkok. I haven’t been here since early 2016, and it felt great to be back. Since I was on a huge plane with three doors on/off, the bags took over an hour to come off. In that time I was able to get some cash and a local SIM, so it all worked out nicely. I headed out, grabbed a taxi ticket and headed for the hotel. I was pretty hungry and not quite ready to lay down, so I took a shower and walked next door to the 7-11 (there are over 5,400 of them in the city!!) and got a cup of noodles and some freshly baked croissants. Strange, but the one next to my hotel has a great bakery inside that makes amazing French pastries.

Finally, I took a nice warm shower and got a few hours of much needed rest before my first day of adventure….

Catching up from a bit of jetlag and getting out to see the sights, but much more coming soon!

2 Replies to “Denver to Bangkok!”